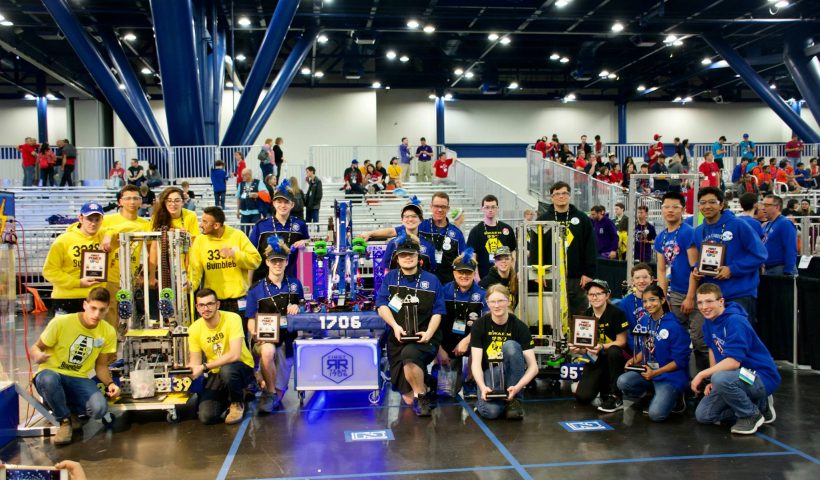 (photo courtesy of the Ratchet Rockers)

From Wednesday through Saturday last week, SWARM competed in Houston, Texas in the FRC World Championships. Over 400 FRC teams traveled to Worlds, and were split into 6 divisions. SWARM was placed in Hopper, arguably the most difficult division.

SWARM had some amazing games and performed very well. In the end, they ranked 17th out of the 68 teams in their division. During alliance selection, they were picked to be on the number 3 alliance, comprised of BumbleB from Israel, the Ratchet Rockers from Missouri, and Walton Robotics from Georgia. Their alliance won the quarter final matches 2 – 1, and won 2-0 in the semi finals.

In the finals for the Hopper field, their alliance played against the number 1 alliance of the Cheesy Poofs, Robowranglers, Spartabots, and Ha-Dream Team. The Cheesy Poofs went undefeated all season this year with an absolutely amazing robot, and won the Hopper division. They then moved on and proceeded to win every match in the round robin play for Einstein finals qualification matches, and finally won the World Championships 2 – 0.

Here is a playlist of all the SWARM matches from the World Championships.

From all of the students and mentors from SWARM, thank you for your support! It was an amazing season and a lot of fun. 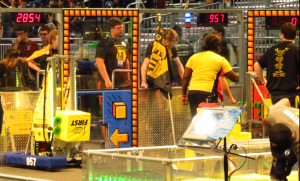 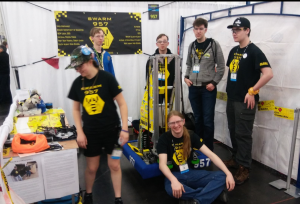 Read more in the Democrat Herald.