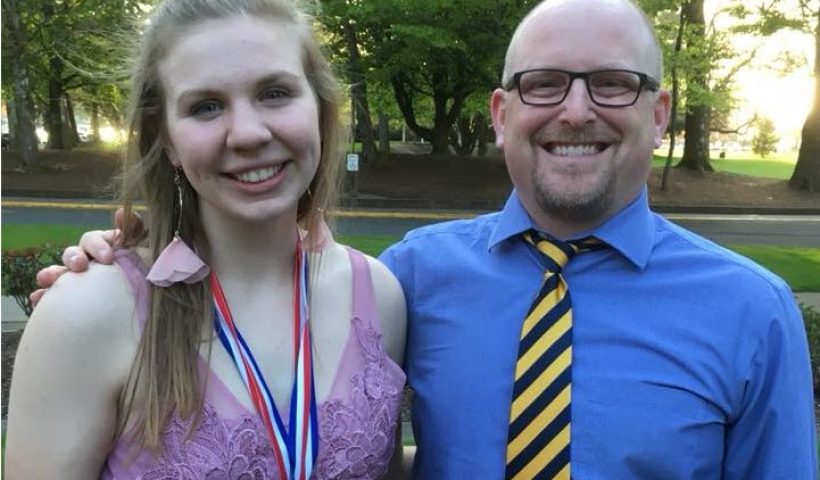 Junior Megan Cox won a state championship in the event of After-Dinner Speaking (ADS) on Saturday, April 21 at the OSAA Speech and Debate State Championships. ADS is an original six-minute speech that uses humor and satire to address a serious issue. Megan’s speech examined sexuality, specifically situations of heteronormativity, and used humor to explore ways humans could be tolerant of each other regardless of their sexual preference. The speech earned three first place votes from all three judges in the final round. Megan also earned 4th place in Humorous Interpretation, a 10-minute speech in which a speaker uses both verbal and nonverbal communication to present a published work to the audience. There were 62 schools competing from across Oregon, and not every school had a representative in each event. ADS had a field of 31 competitors, and Humorous had a field of 27. The last time West Albany won a state championship in ADS was in 1992 when Megan’s coach, Mr. Crow, won state with a speech about the elderly in America.

Megan has won and placed at many tournaments this year. Her successes have earned her thousands of dollars in scholarships and two spots at upcoming national tournaments. In May, she will compete in Denver Colorado in the National Individual Events Tournament of Champions in the events of Humorous Interpretation and Original Oratory Speaking. In June, she will compete in the National Speech and Debate Association national tournament in the event of Duo Interpretation with Junior Kayla Lesser. 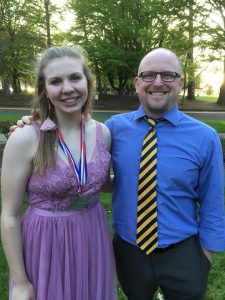