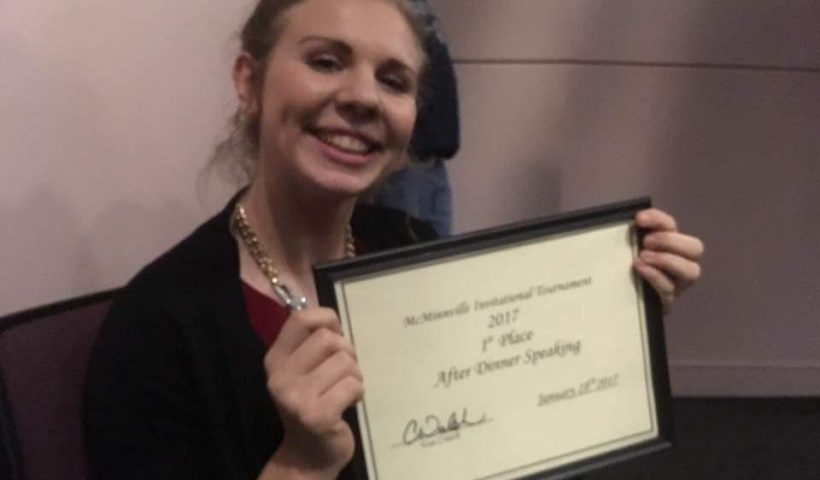 Megan Cox won 1st place in Open Division After-Dinner Speaking (a six-minute original speech that uses humor to address a serious issue) at the McMinnville Invitational last weekend. She competed in four events and made it to finals in three, in addition to placing 4th in Humorous and 4th in Serious. She is the first speaker in WAHS history to final in three events in a single day, speaking in 15 rounds of competition. Her achievement in ADS also earned her an Alternate-Qualifier Proven Excellence bid to compete in the OSAA State Speech and Debate Tournament in April. Great job, Megan!!